Living in a DMT Simulation: The Intersection of Psychedelics and Science w/ Danny Goler

Could we be living in a simulated universe? Suspend your disbelief for 68 minutes as we consider the implications of what can be observed under the influence of DMT with the aid of a 650nm refractive laser, and explore a metaphysical discovery that could change the way we understand our world forever.

This week’s guest, entrepreneur and psychonaut Danny Goler was always interested in the big question. An early interest in physics set Danny on a psychedelic trajectory fueled by an undying commitment to scientific discovery. While many have postulated that DMT space is an objective and self-illuminated realm, Danny claims to have found a conclusive answer to this question.

In this episode, we explore the phenomenon of shared realities under the influence of psychedelics, and we ponder whether science can satisfactorily fill the gaps in our understanding of the psychosphere. And after having our minds blown, we find ourselves returning to the universal truths that led us on this journey in the first place.

“Your brain is simulating what you're seeing right now. This is not what reality looks like. This is a very tiny sliver of what your brain constructs into what you think is the physical world. So all you're saying here is that the simulation is not just occurring by the laws of physics, but that somebody is actually simulating it.” - Danny Goler

Psychedelics and the Scientific Method

Danny’s Introduction to DMT and His Discovery

Thanks for checking out the podcast. Want more?

We love our listeners and hope to hear from you soon! 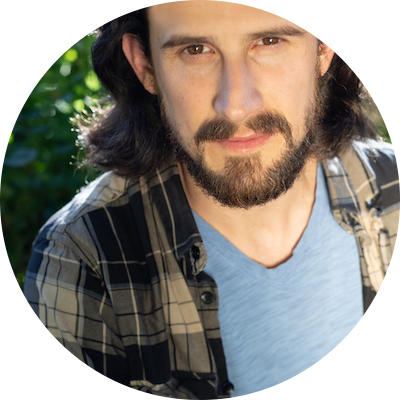 Danny was enamored by concepts like black holes, the formation of stars, and the Big Bang, since he was 4 years old. As he grew older, his interest in physics took a back seat to experiencing life to the fullest. He got into acting, started training in Parkour, and even competed on American Ninja Warrior. He learned how to edit and found himself getting more and more into film and production. He started a lifestyle and a clothing brand called f*ck it BRAND™. A brand that promotes creative expression in all its forms; combining elements from music, extreme sports, and art. But as fate would have it, his interest in the big question found its way back into his life, when he made a discovery that he claims will change the way we understand our world forever.

Email has been submitted.